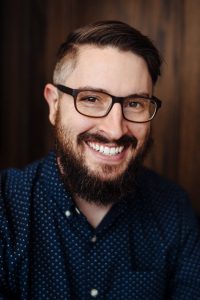 Proverbs 16:9 reads, “Many are the plans in a man’s heart, but the Lord determines His steps.” On the journey of life, we take many steps in pursuit of many plans and intentions. Yet, Scripture tells us that the Lord determines where our feet fall. The question, then, becomes to what end? Where does divine providence intend to take us? How are we to conduct ourselves upon arrival?

In our study of 1 Samuel 9:26-10:15 with Pastor Andrew Arthur today, we find that God orchestrated Saul’s mundane search for missing donkeys to have him cross paths with the prophet Samuel. There, the son of Kish would be anointed as Israel’s first king in a private ceremony. Such an anointing would come with certain expectations.

Although he would reign over God’s people, he must do so under God’s presence. The king is to be constrained by God’s Word and empowered by God’s Spirit to serve the kingdom of God–rather than the kingdom of self. Herein lies our lesson. God places people in positions of influence—stretching from parents to presidents—to serve His purposes. Upon arrival, He expects us to comply with His Word and rely upon His Spirit.