Psalms for this Season | Allegiance 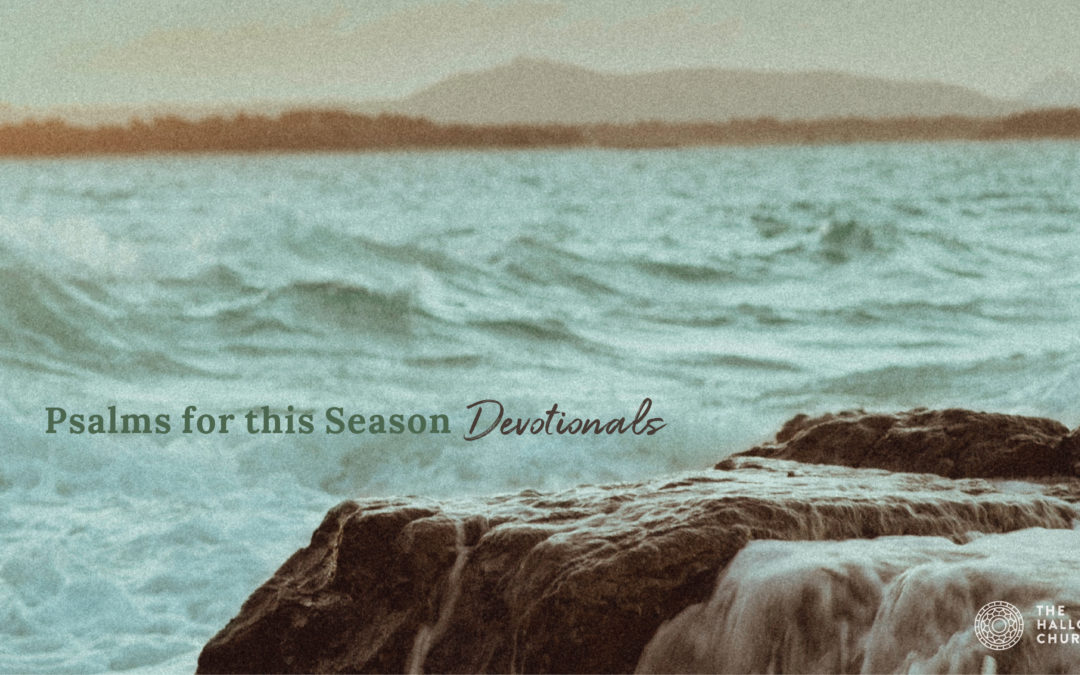 Times of trouble reveal where our allegiance lies. When the psalmists found themselves in trouble, they knew where to turn. They looked outside themselves and cried out to God for help. They pledged allegiance to Him for He alone proved to be their reliable ruler and refuge.

Psalm 61 is divided into two parts. The first part entails the writer’s cry for help to God. The second part expresses the psalmist’s allegiance to the king. As such, this psalm is classified as a royal psalm.

Royal psalms contain messianic elements that emphasize God as King or that the Lord reigns. Royal psalms, such as Psalm 2, would be read at the coronation of Israel’s king, but the scope of a royal psalm transcends the scope of an earthly king’s life and reign. Kings, such as David, were to represent the rule of God for His people. Of course, no king in the history of Israel provided a perfect picture of what God’s rule looks like because they were not the King ultimately anticipated and longed for in the royal psalms. Royal psalms looked forward to the coming King whose rule and reign would span many generations (verse 6); in fact, it would be eternal for He would sit enthroned before God (and above us) forever (verse 7).

The earliest descriptions of Jesus at his birth were regal. The wise men asked, “Where is he who has been born king of the Jews?” (Matthew 2:2). Jesus was born in Bethlehem because “this is what was written by the prophet: And you, Bethlehem, in the land of Judah, are by no means least among the rulers of Judah: Because out of you will come a ruler who will shepherd my people Israel” (Matthew 2:5-6). Jesus is the King of kings longed for in the Royal Psalms.

King Jesus operated according to an other-worldly ethic. He ushered in His Father’s Kingdom, which prioritizes humility and service over pride and power. He established His rule and reign not by exerting His power but by extinguishing it. Jesus voluntarily took up His cross and allowed Himself to be overpowered by sinners He came to save. Then, in a remarkable display of redeeming power, Jesus resurrected from the grave. Soon after, He ascended to the right hand of His Father where He rules and reigns eternally.  Hebrews 12:2 says, “For the joy that lay before him he endured the cross, despising the shame, and sat down at the right hand of the throne of God.”

Jesus’s rule and reign cannot be shaken. It cannot be overturned. King Jesus did not seize his throne in such way that exacerbates our selfish insecurities. Instead, He seized His throne in such a way that extinguishes them. When His enthronement in heaven is applied to the throne of our hearts, we find strength and security that nothing in this world can overcome.

In response, let us pledge our allegiance to Him. Let us sing His name, and find delight in fulfilling our duties of faith day by day.