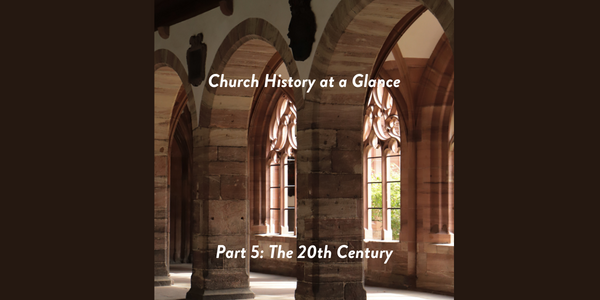 The Truth in Jeopardy

In the twentieth and twenty-first century, no issue was more attacked in Protestant Christianity than the issue of truth. The truth was being attacked under various agencies, each determined to thwart the stability of truth and Christian orthodoxy in their fields. However, no other centuries have utilized such a broad array of resources to combat these attacks than the twentieth and twenty-first century. These two centuries defended the truth in three significant ways. The first was the truthfulness of Scripture, defended by Princeton scholars Charles Hodge and B.B. Warfield. The second was the truthfulness of God’s Beauty in literature, defended by famous author C.S. Lewis. The third truth defended was Christ’s salvation in the evangelistic efforts of Billy Graham. Each person discussed is a defender of truth in their contextual field. For academia, Hodge and Warfield led the efforts to defend the inerrancy of Scripture from German liberal theologians who promoted ‘higher criticism.’ Within the literature field, the twenty-first century was longing for the truth to be revealed beautifully. C.S. Lewis not only defended the Christian faith apologetically, but he also defended truth by creatively writing about the beauty of Jesus and the Christian faith in many different forms of literature. In America, evangelicalism was fighting against the broad attacks of fundamentalism. Along with his evangelistic efforts, Billy Graham defended truth through the persistent outreach of evangelistic opportunities across the United States. Billy Graham was a defender of the truthfulness of God’s salvation.

Defending the Truthfulness of Scripture: Charles Hodge and B.B. Warfield

During the late nineteenth and early twentieth centuries, the inerrancy of Scripture was always under attack from liberal scholars in academia. German scholars had begun promoting a new interpretation of Scripture and questioning the influence of its biblical resources. Scholars like Friedrich Schleiermacher and David Friedrich Strauss led the movement for higher criticism. Woodridge writes, “These scholars tended to view the Bible, not as a divine revelation to be approached with the eyes of faith, but as an ancient composition open to precisely the same method of critical analysis and interpretation as any other ancient literature. The effect of these developments was to call into question the abiding validity of the foundational documents of the Christian faith.” Whether they had these intentions or not, Strauss and others influenced other scholars to veer from the faith and question the inerrancy of Scripture and biblical revelation.

Princeton Theological Seminary, however, was a force to be reckoned with in academia. The theologians and scholars held the firm conviction that the efforts of higher criticism could be combatted through the tenacious defense of the infallible authority of God’s Word. Charles Hodge was the president of Princeton, and as a group of scholars, led the charge in defending the truthfulness of Scripture. To Hodge and Warfield, the inerrancy of Scripture and infallibility of Scripture was a foundational issue in academia. Scholars who rejected these orthodox issues were causing a significant disservice to the faith as a whole, and defensive address needed to be made through an upholding of Scripture and future scholars’ continual training. “There can be little doubt that the Princetonians were theological heirs of the Reformation, and as such, they inherited a robust understanding of the authority of scripture.” Benjamin Breckinridge Warfield would come to be recognized as a leading defendant of Scripture’s authority and influence many through his research and writings during his time at Princeton.

B.B. Warfield took an approach to interpret Scripture that involved a recognition of the human authorship and personality. The bible itself is God’s authoritative, infallible word, but genuine people in unique circumstances wrote the pages. It is not erred when it is read with this in mind, rather; this reality sets a precedence of authenticity and relatability to modern audiences. What the German scholars used to undermine the bible’s credibility, Warfield and other Princetonians used to make it more authoritative and relatable, thereby strengthening students to trust Scripture’s truthfulness.

Defending the Truth of God’s Beauty: Writings of C.S. Lewis

There is perhaps no other writer in the twentieth that displayed the beauty of God more than C.S. Lewis. Clive Staples Lewis was a professor at Oxford, apologist, author, and master of medieval literature. Lewis experienced wars, grief, and pain in his adolescence and adulthood, but no difficult circumstance ever prevented him from writing about the beauty one can find in the God who is present in them. During Lewis’s life, he fought as a soldier in his early years and experienced the destruction of World War II in adulthood. Due to the many wars of the Twentieth century, the western world experienced a displaced recognition of faith. Many sought to excuse the Christian faith as unnecessary, mostly from the influence of modern thinking, but others sought to disprove Christianity’s importance of the gospel, believing modern thought had awakened society to the reality that humanity did not have a way of salvation through Jesus Christ. The cynical postures and disheartened emotions of war left England and North America hardened toward Christianity and the beauty of the gospel.

Lewis sought to change the western world current disposition through literature. Not only was C.S. Lewis a great writer, he was a unique voice in his time that displayed the truth of God’s Word in a beautiful way. His writings provided a substance of truthfulness that only Scripture could influence, leaving reader’s encouraged and reminded that the God of the bible was a very present, very real God who loved his people. John Piper reflects on Lewis’s influence by saying, “Both romanticism and rationalism- longing and logic- led him (Lewis) out of this world to find the meaning and validity of this world. This world could not satisfy his deepest desires. And this world could not give validity to his plainest logic. Desires found full and lasting satisfaction, and the truth-claims of reason found legitimacy in God, not in this world.” Piper’s description of Lewis’s writing is perfect representation of the impact Lewis made in the Twentieth century. His theological writings and fictional works defended the beauty of God’s truth. Many could identify with Lewis’s life experiences; the death of family members, war, neglect, and a longing for experiential truth.

Lewis was able to relate to the experiences of the masses and provide a solution; the beauty of the gospel. Throughout his writings, Jesus Christ is defended as Lord and Savior over the broken, while at the same time logically defended in through logic and reason. Lewis was able to speak into multiple audiences of literature and turns heads toward the Christian faith in both academic and lay circles. For these reasons, his defense of truth from the place of literary accomplishments demonstrates the power of God’s beauty in the work of his writings.

William Franklin “Billy” Graham Jr. was an American southern Baptist evangelist in the twentieth and twenty-first century. Billy Graham is known among popular culture as an evangelist and pastor to multiple Presidents of the United States. Within evangelical circles, Graham was known as an evangelist who fought against the rising tide of fundamentalism and unified denominational parties over the gospel message. Woodridge explains, “Graham was notable for his willingness to cooperate with a wide variety of non-evangelical Christians in all parts of the world. But his willingness to associate with mainline Christians and his avoidance of invective toward liberals predictably earned him the anathemas of many fundamentalists.” To Graham, the gospel and the truth of God’s salvation in Jesus Christ was the most important message to deliver. He would partner with parties who embraced that truth, rather than fundamental issues of church politics. In 1947, Graham began the first Billy Graham Crusade, which would develop into his primary evangelistic ministry across the world. His crusades are still recognized today as a major characteristic of American evangelicalism.

Billy Graham’s mission to share the gospel in North America and throughout the world was a mission many Christians rallied behind. His presence, although resulting in fame, proved to be a drastic step forward in the gospel impact of the Twenty-first century. Due to Graham’s influence and persistent kingdom-mindedness, American evangelicals sought to endorse the gospel and defend the truth of salvation in Jesus Christ. Instead of the evangelical church following fundamentalist and focusing inwardly, the evangelical church in America began to look outward at secular culture and evangelize them through new creative ministry methods. Billy Graham’s Crusades is one of the creative ministries that would spark the young American’s energy toward defending truth to witness to culture instead of separating themselves from culture to help themselves.

Each issue presented is a brief example of how the twentieth and twenty-first century faced obstacles and consistent attacks toward the truth of Christianity. From academia to literature, secularism to fundamentalism, the truth of the gospel would be left in a vulnerable position had godly men like Hodge, Warfield, Lewis, and Graham declined their calling. Thankfully, God was providentially working in and through them to defend the truth of His word within their ministry efforts. In today’s modern context, ministers must continue the legacy of these men before us in order to continue the defense of the gospel, thereby continuing the truthfulness of God’s Word, God’s beauty, and our ultimate salvation offered in Christ.

John Piper, David Mathis, The Romantic Rationalist: God, Life, and the Imagination in the World of C.S. Lewis, Wheaton: Crossway, 2014