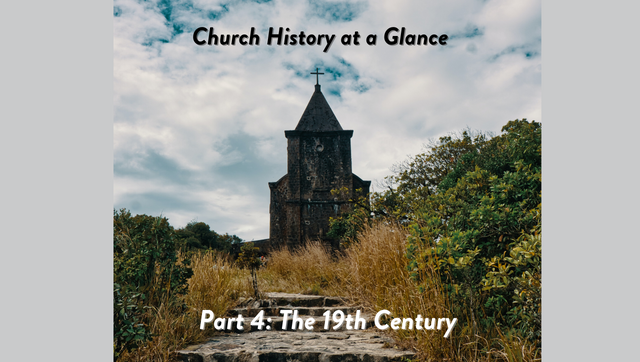 The New Rise of Christian Education, Gospel-fueled Mission and Training

The Nineteenth Century is coined by historians as the “long nineteenth century,” bringing wars, famines, empires, revolutions, and death. Many of these travesties and tragedies altered countries’ reality, but one crucial overarching development during the nineteenth century was the rise of Christian Education. Christian Education took many new forms previously neglected, like translating Scripture into native languages, equipping young adults to become trained missionaries, and training young ministers for gospel ministry. Within this overall development are three critical issues to discuss. The first is the global linguistic education of William Carey. William Carey translated the Bible into multiple languages and used the mission field to educate. The second issue is D.L. Moody’s passionate missionary training to young missionaries. Moody’s love for the gospel and missions influenced hundreds of future missionaries through training schools and teaching. Lastly, C.H. Spurgeon’s gospel-centered instruction to his congregation and new ministers. Spurgeon did contain or withhold his gift of preaching and exposition from others, instead taught many new ministers how to handle the Word and minister the gospel faithfully.

William Carey is one of the most famous missionaries of the nineteenth century. His recognition originates from eighteenth-century missionaries’ inspiration and their strong perseverance to bring the gospel to unreached nations. One missionary that Carey was influenced by was David Brainerd, a missionary who spent less than a decade ministering to Native American Indians in the United States and died at the young age of twenty-nine. Carey was inspired by his resilience and love for the gospel. By this time in history, the gospel had been shared globally, but Carey saw one under-developed element: native translations of the Bible had not been made. Carey converted Anglicanism to a Particular, or Calvinistic Baptist Non-Conformist. Working as a shoemaker, pastor, and educator, Carey used his natural language abilities to learn multiple languages, including Greek and Hebrew. This natural talent, mixed with a missionary heart, put Carey on a trajectory to translate the Bible into India’s native languages and the Eastern world.

According to Woodridge and James, native Christians “played critical roles as missionaries, preachers, teachers, deacons, and catechists in the evangelization of their countries.” This local evangelization and multiplication of the Gospel inspired Carey to minister so that local Christians could learn the Bible in their language, thereby giving the locals a new ability to teach and minister the Word to other locals. This opportunity would grow the local congregation’s knowledge of Scripture and benefit the global church. One difficulty was the task of translating itself. Thankfully, Carey recruited fellow missionary colleagues William Ward and Joshua Marshman to help. In translating the Bible into native Indian languages, the three missionaries also developed the foundational agreement for the Baptist Missionary Society. Much of the initial deal focused on the contextualization and communication of society. Pratt explains, “Translation of the Scriptures into local languages was the natural result of such concern for culture. An understanding of culture would lead to a lifestyle that would not unnecessarily offend nonbelievers.” This new ministry approach would be groundbreaking to missionaries and educators who attempted to minister and expand their localized ministries. Carey would devote his life to this particular type of ministry and education, spending a little over forty-one years as a missionary to Eastern countries.

William Carey’s pursuits of teaching the gospel by translating the Bible into the local languages became a groundbreaking effort for Protestants in Eastern countries. Up until that point in history, missionaries tended to remove themselves from the culture they served and continually sought to westernize the natives. Carey’s approach held sincere respect for the culture and people. By translating the Bible into the culture’s original languages, Carey to beginning teaching God’s Word to the locals and develop them into Bible teachers, pastors, and local evangelists. Missions organizations today are thankful for Carey’s global outreach and linguistic developments.

Dwight L. Moody was an American evangelist from Northfield, Massachusetts. After his conversion in Boston, Moody divinely trajected into a life of ministry and evangelism. Moody is best known as an evangelist, but it should not be neglected that his preaching, teaching, and missionary work testify to his gifted nature as a multifaceted Kingdom-laborer. During Moody’s ministry, he created three schools, two churches, and a popular evangelistic campaign in England and Scotland with gospel singer Ira Sankey. Moody had a particular passion for teaching young adults to know Jesus Christ, serving as missionaries across the nations, and serving in local American and European contexts.

As global mission efforts were gaining speed across the United States and England, a notable moment was during Moody’s College Students’ Summer School event in Massachusetts. During this event, Moody stressed young men and women, making personal commitments to serve the Lord as missionaries overseas. To his surprise and excitement, one hundred students signed the statement proposed, one student, being John R. Mott.

Moody’s conversion experience as a young man from a humble Sunday school teacher must have instilled a particular passion for the young men and women of his time. As the nineteenth century was well on its way to an exponential growth of global Christianity, Moody served as an integral instrument to raise an often over-shadowed generation. His passion for teaching the youth of his age is demonstrated in his founded schools and evangelism campaigns. While many today only recognize his name from Moody Bible Institute and other schools he founded, it is precise because these schools are still open, teaching today’s young adults, that his legacy to passionately educate the next generation still speaks to his testimony of developing young leaders for missions.

Charles Haddon Spurgeon is nicknamed the “Prince of Preachers” after his extensive ministry and preaching in London. Spurgeon is still praised by Christians today for his robust sermons, devotionals, and books he wrote during his lifetime. Spurgeon grew up in a Primitive Methodist chapel and was introduced to Puritan writings by his grandfather. Spurgeon would grow to love these early experiences and frequently write about them. Puritan authors also became the favorite books of Spurgeon. As time went on, C.H. Spurgeon gained a serious following and exhibited a gift of preaching. Over the years, Spurgeon would pastor the Metropolitan Tabernacle in London that held audiences of five thousand. As Piper explains, “Preaching was the most prominent and effective part of Spurgeon’s life. He preached more than six hundred times before he was twenty. After the new building opened, he was typically heard by six thousand people on Lord’s Day. He once preached to the largest indoor crowd of his life, 23,654- without electronic amplification.”

Spurgeon did not take his position lightly as a minister of the gospel. He believed that if the gospel’s growth in London were to continue, he would need to maintain an ongoing educational ministry for new ministers. In 1857, Spurgeon founded A Pastors College, later renamed Spurgeon’s College in 1923. His goal was never to gain any personal credibility or fame; rather, to spread the fame of Jesus Christ. Woodridge shares, “Spurgeon was clear about his own goal in ministry: He who searches all hearts knows that our aim and object is not to gather a band around self, but to unite a company around the Savior.” If Spurgeon had the resources to further the gospel, he was sure to invest his personal, financial, and spiritual energy on them. A Pastors College was the beginning of a long investment to teach the Word seriously and instill wisdom passionately to his pupils.

When Spurgeon was teaching his students about preaching when he said, “All the work is done by the Holy Spirit; and we must not take ourselves any part of the credit for the result of the work, for it is the Spirit who new-creates and works in man according to the eternal purpose of God. Still, we may be instruments in His hands, for He chooses to use instruments, and He chooses them for wise reasons.” This statement exemplifies his conviction in preaching. The statement expresses his purpose of preaching and displays his wisdom of instruction. Spurgeon was not just a famous preacher; he was an educational who instructed new ministers to handle God’s Word with seriousness, joy, and gratitude. His lessons on preaching are still remembered and valued today.

Carey, Moody, and Spurgeon each made significant contributions toward educating young Christian minds for the glory of God. Each ministry had local benefits, missional benefits, and educational benefits. While each minister differed theologically to varying degrees, their goal remained the same; to teach other Christians the beauty of the Gospel so they would bear the skills necessary to multiply the gospel in local contexts. Carey’s linguistics, Moody’s training, and Spurgeon’s teaching all contribute to the growth of Christianity in the nineteenth century, which brought light to a dark, long century in history.