Who Am I?: The Gospel and Ethnicity

When asked to share about exploring, communicating, and even wrestling with her journey of ethnic identity, our friend, Ashley, eagerly agreed to the opportunity because as she shares below, she hadn’t had much opportunity nor even resources previously to explore the gospel and ethnic identity. Our church’s desire is that the Gospel Clarity Study Series that kickstarts this Saturday night with the topic of “The Gospel and Ethnic Identity” will help us all understand better how the gospel speaks into, reclaims and even redeems every aspect of the way we see ourselves and one another as we journey in a world prone to confusion, hurt and division around this topic. Ultimately, may God get the glory as we be catalysts for more healthy and gospel-centered dialogue on ethnic identity in our city and around the world.

I grew up not knowing color. It wasn’t that I was taught to ignore it nor that I didn’t see the differences, but I simply didn’t recognize why the differences mattered. I said “Te Quiero” to one family and “I Love You” to the other not realizing they were different languages and I called one set of grandparents “grandparents” while the others “abuelos.”

It wasn’t until seventh grade when someone pointed at me and said “You’re too pale to be Mexican” did I come to know the value of the difference. I still didn’t understand why it mattered but a fire was lit inside to prove my existence. I put my hair in pin curls every night knowing I’d wake up with curly hair. I wore hoop earrings and let my Spanish accent be more pronounced when speaking English. And I incessantly found ways to bring up my Mexican culture. But despite all the extra fluff, I was still outcasted. And even those who thought I was Mexican then didn’t understand how I could also be Caucasian. When did biology get so difficult for people? 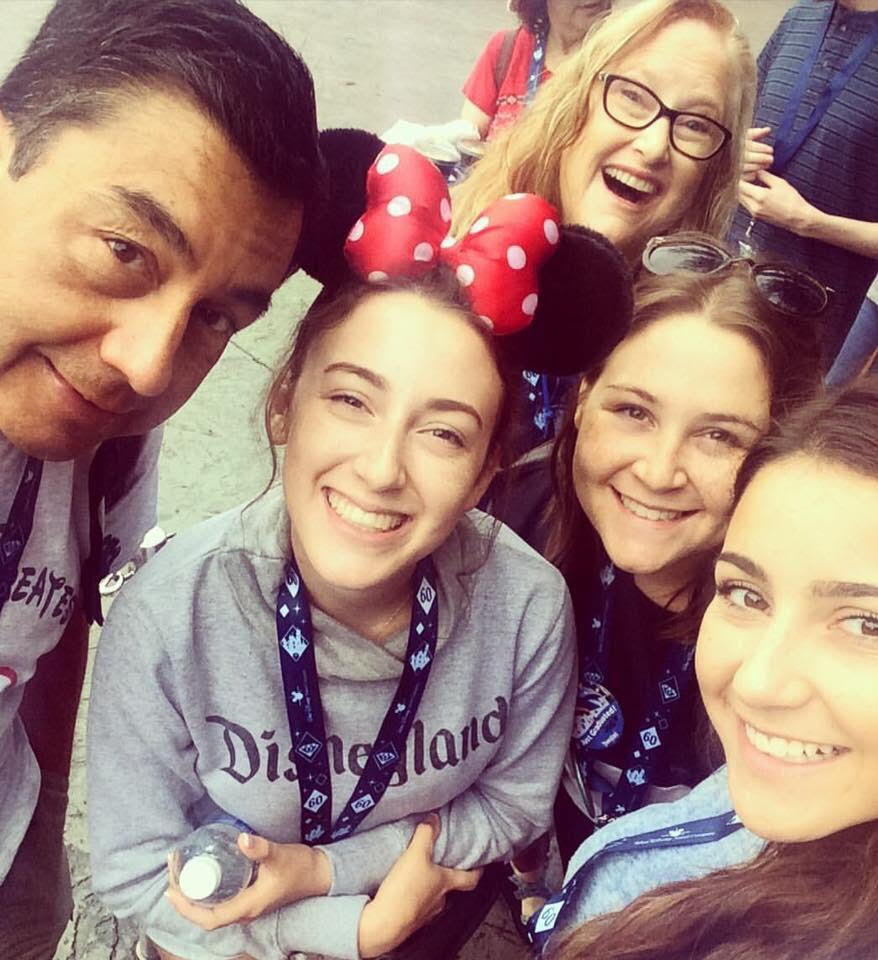 Ashley, second from right, with her family.

“You can’t be Mexican, you have freckles.” “Your last name is Martinez, that’s not a white name.” “You can’t speak Spanish, you’re White.” “A Spanish speaking white girl?” “That’s your dad???” “I didn’t know how a Mexican could be so pale until I met your mom.” (Side note: my mom isn’t Mexican but the person who said this thought she was).

Worse yet, every accomplishment I made was quickly downgraded by my race especially by those who wouldn’t accept I was Mexican to begin with. Their responses quickly turned from “You can’t be Mexican” to “She only got it because she’s Mexican.”

And it was bad on both sides. Every event for minorities I got invited to, I was made to feel like an imposter. People would stare at me questioning why I was there, whose spot had I taken. It became a daunting mental exercise to ignore the eyes. If you don’t make eye contact, maybe you won’t be discovered.

In the church, it was no different. People often stared at us and I never really felt we were welcome as a full family anywhere. We were always the only interracial family or one of the very few. And race was never discussed. I always wanted to know how race fit into the picture but no one would dare bring it up or even acknowledge it. We never did anything to celebrate other cultures and I always wondered what that meant.

I became disheartened with the church, feeling as though I never belonged to the “family” I visited every Sunday. Despite my efforts to get involved, I felt more and more isolated. More and more misunderstood. More and more confused. I had been to so many churches since childhood that by the time I began looking for my own in college, I felt like an imposter there too. I felt like the acquaintance in the hallway you say hi to because of formalities and invite to things only when they happen to overhear an invitation.

In college, I hit my breaking point. As part of my scholarship offer, I was forced to take an undergraduate preparation program for minorities. The class was incredibly demeaning and basically assumed minority students couldn’t write a basic paper or uphold a steady argument. Though this frustrated me, this did not break me. What broke me was when this same course required all students (who didn’t have a class conflict) to participate in a bus boycott where we would ride the campus buses and not get off to “show the white man that we’re there.”

At that exact moment, I felt conflicted. I felt broken. I felt defeated. I was being asked to pick between two sides of myself and I couldn’t do it. I couldn’t pick between my Caucasian family and my Hispanic family. I went home and cried realizing I had been trying to be something the world wanted me to be for so long. I had spent my childhood trying to prove my existence, shoving my Caucasian identity to the side in order to amplify my Mexican self. But I couldn’t do it anymore. I asked God for help that night, to give me the strength to be myself always. And he answered that prayer by reminding me that I am perfect just as I am—only God can define me.