Our Stories of Prayer and “Evidence of Things Unseen” 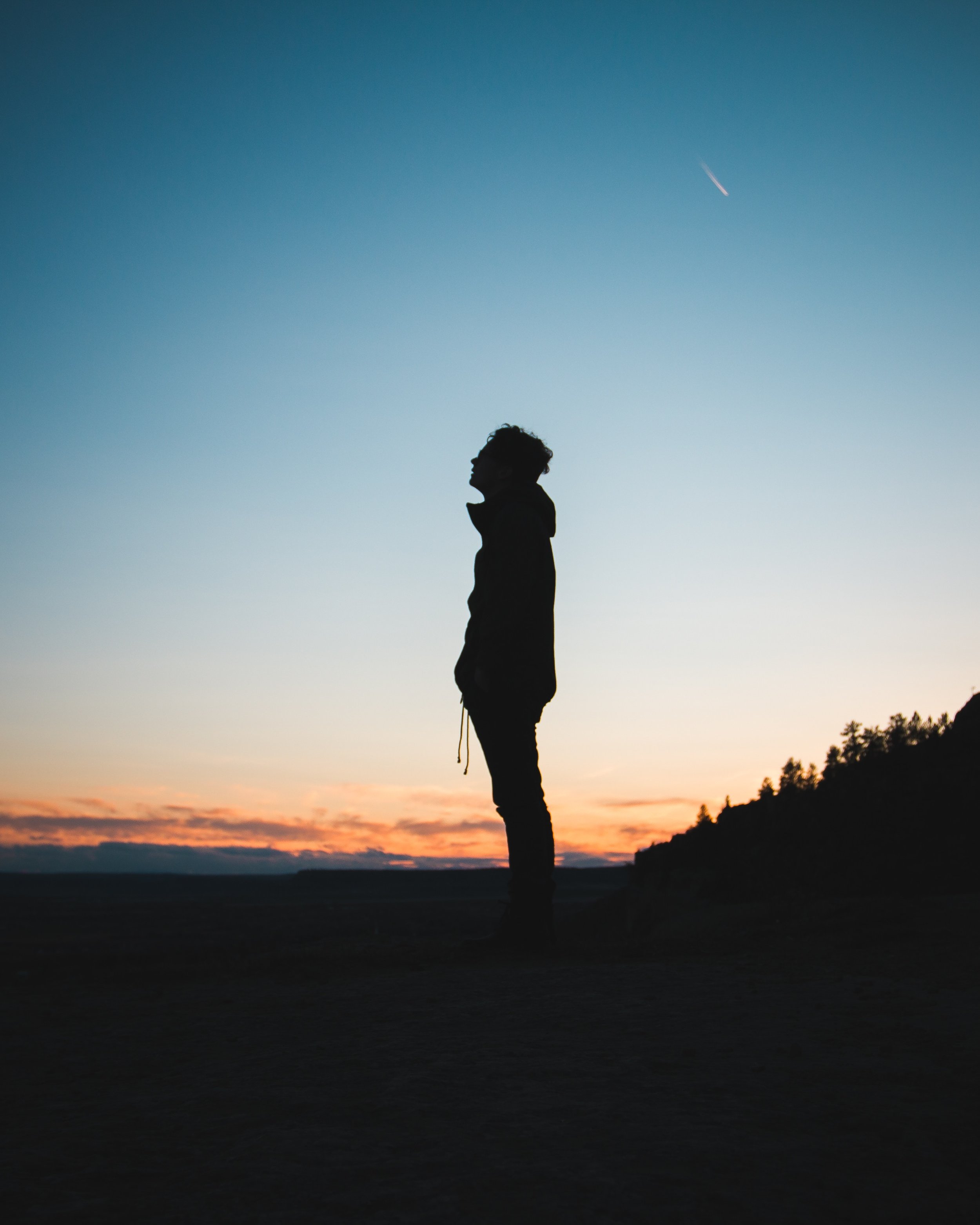 Along with our 24 Hours of Prayer on New Year’s Day, we will be asking Hallows members to share their stories over the next few weeks.  Specifically, on prayer.  How has it played a role in their lives?  How has God used it to bring them closer to Him, or surprised them?  How have they built prayer into their daily rhythm?

To kick-start this series I offered to share some of my own experiences of prayer over the years which have built for me wonderful “evidence of things unseen.”

One of the earliest prayers I recall was when an elder at my church in California asked, “Lord, teach us how to pray.”  Normally, I’m not very omniscient.  I don’t always see the whole picture of things and such was the case back in high school.

At 16 I learned of a new kid in town.  He was rumored to be a warlock.  I was a young convert to Christ, and this rumor had me bristled.  My first reaction was to confront him.  But suddenly I felt I should pray for him instead.  Weeks later our Christian group (much like our MCs) met at our usual time but much farther up the hill at a home we’d never been to before.  During our gathering in walked the warlock.  It was crowded.  I could only see him across the room.  I later found out he lived next door.  That evening he awoke from a nap with his father-in-law molesting him.  He ran out of the house—into our meeting.  He later accepted Christ that night.

Jesus told us not just to love our enemies but to pray for them as well.  It humbled me to learn that this “enemy” of mine was himself a victim and while the right thing to do was to rebuke him for his witchcraft, the better thing to do, in the bigger picture, was to pray for him but I wouldn’t have known that without God’s direction.  Lord, teach me how to pray—before I judge.

Besides not knowing everything I am also limited in that I cannot be everywhere such as when someone I love is hurting far away.  But in addition to being omniscient we are told that God is also omnipresent and that through Christ His grace is bountiful.

Just after high school my older sister gave birth to her second son, Stephen.  The child was so premature that, while still in the hospital, my sister found herself having to prepare for Stephen’s funeral instead of bringing him home.  I was living far away at the time but upon learning of my nephew’s odds I huddled with my fellow Christians in Oregon in heated prayer.  My nephew went on to live.  He could fit in a shoe box my sister recalled, but he came home.  Later that same group of Christians and I would be in prayer for my father who suffered a stroke.  I rushed home to find my father recovered.  I learned that while I cannot be everywhere, through prayer, I can reach Christ who is.

Part of God’s grace has been in teaching me to replace criticism with prayer.  Before joining The Hallows Church I attended another church near Snohomish.  We all loved our pastor.  After he retired the new pastor was, well, very different.  Many grew critical of the new guy.  While I was tempted to as well, the Holy Spirit stopped me—urging me instead to pray for him.  After all you pray for everyone else, don’t you?  I soon noticed an interesting pattern.  On the weeks I remembered to earnestly pray for the new pastor his sermons were spot-on.  Lord, help me to replace criticism with prayer.

Besides being an instrument of redemption I have found prayer often the ultimate elixir.  Recently a friend and I commiserated over our health issues.  While they are important they can become tiresomely self indulgent.  We both agreed how praying—put simply—gets our minds off ourselves, serves God and, consequently, makes us feel better.

Another pastor (in my youth) once said that sometimes when you are experiencing [certain emotions] it is God’s way of getting you to pray for someone else who is feeling those very emotions and that this is what we call intercessory prayer.  I admit, I don’t fully understand intercessory prayer but when I was away at college I felt a strong anxiety something similar to what my other sister had been struggling with.  It was overwhelming and I recall praying fervently into the night for my sister pleading that the Lord would “liberate her.”  The next day I learned that my sister had passed away.  It was the same day I began my dream job as caretaker to a nine-acre private estate. I was torn with joy and grief.  I went back to California to bury my sister and continued to struggle.  How do I return to work and enjoy its overwhelming blessing while being drenched in our family’s gripping loss?  I finally returned to my work in Seattle.  It was then I understood that my intercessory prayer was continuing.  Before my sister died I had the opportunity to lead her to Christ.  It occurred to me while I was returning to the joys of this earthly paradise, coincidentally, my sister was entering the joys of heavenly paradise.  A very peculiar closure but one that left me at peace.

Christ promised us that prayer has far reaching potential.  Every week at the end of our Sunday gatherings, Pastor Andrew leads us in a closing prayer that the Lord would make us a blessing “to Seattle and beyond.”  It reminds me of how Jesus taught us to pray when He said, “Say, Father…Thy will be done on earth as it is in heaven….”  From the day I first experienced Christ some fifty years ago until now it continues to amaze me how wonderful it is that God’s-will-on-earth is there for the asking!

If you then, being evil, know how to give good gifts to your children, how much more shall your Father who is in heaven give what is good to those who ask Him.  Matthew 7:11

Bill Bacon is a member of The Hallows Church and uses his experience and love of writing to share the stories of God’s work in and through the community. If you have a story to share of God’s work in your or another Hallows member’s life, we would love to hear it! Simply email info@hallowschurch.org or share on Facebook or instagram using #hallowschurch. and #aprayingchurch