Do You Still Expect God to Surprise You? 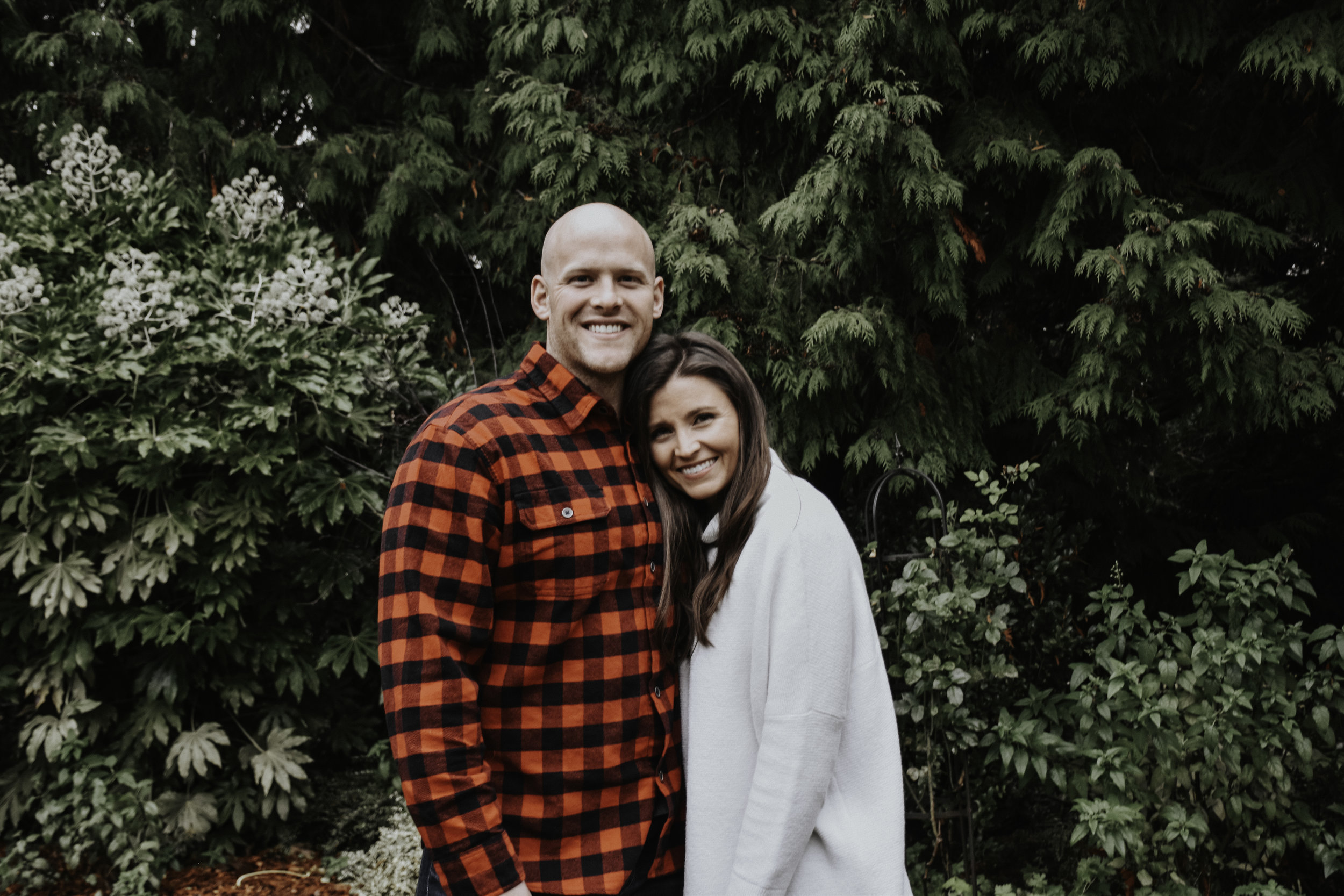 Isaiah tells us those who wait for the Lord shall renew their strength.  A common thread in so many faith stories is the element of surprise.  In a conversation with Edmond’s MC hosts Jake and Jamie Lyon their story begins with the question, “When was the last time God really surprised you?”

“The creation of The Hallows North Expression was a huge unexpected answer to our prayers,” Jamie answered.

The Hallows Church is one church that gathers in three locations—referred to as expressions.  One gathering in the Fremont neighborhood, one in West Seattle and, more recently, one in Shoreline—the North Seattle Expression.

As a recently married couple of just two years, the Lyons initially had their roots in the Fremont gathering.  Pastor Andrew himself officiated their wedding.  Neighborhood friends of theirs also attended Fremont.  But, over time, the proximity of Fremont to where they lived in Edmonds became challenging.  Traffic and work schedules were obvious issues but ties to their own neighborhood were growing more and more problematic as well.

“I continued to run into people in the grocery store or at the gym with whom we shared our faith,” Jamie recalled.   “And every conversation always ended with the question of where we went to church.”  Sadly, when she answered the response was usually, “Oh, well, I can’t go all the way down to Fremont.”

Jake added, “We really felt called to live in the north.  We grew up and went to school here.  So we began to feel torn.  While we had our old ties to Fremont, we started to feel the need to engage more in our own neighborhood which meant the possibility of leaving Hallows.  It would be a big step for us to leave.  It also meant giving up a certain comfort zone.  But, ultimately, we felt God was asking us to submit our view of where we wanted to go to church.”

The thought of a North Expression wasn’t new.  The couple explained that for two years the idea was talked about and aggressively prayed for by many members including Pastor Jeff Hundley.  But time went on and nothing happened.  Not only did the Lyons and others become resigned to thinking it wouldn’t happen others considered leaving The Hallows as well in search for a church closer by.  Even Pastor Jeff who was poised and ready to serve the north at the time, eventually increased his hours at his previous work as nothing seemed to be materializing.

In addition to leaving their comfort zone at The Hallows, Jake said they had never actually been to a different church in Edmonds before either.  For over four months they tried a variety of churches.  One church even asked the couple to host an MC of their own.

And then out of the blue—the element of surprise!

“About six months into our search I was still grieving the loss of The Hallows,” Jamie recalled.  “Then, I got a call from my dad who said there had been some movement on a North Expression.”  Soon Jeff approached the couple, telling them that it was really important to him if they would be willing to step back into The Hallows and help plant the new expression.

“It was as if out of nowhere God was answering our prayers,” Jamie said.   “At the time my dad had also called Rob and Kendra Waldburger—who had also moved to another church—to ask if they would return as well.  They did.  We felt like God was suddenly reconnecting our old group again.”

This element of surprise left an impression on Jamie.  “It was such a boost to my faith.  It made me realize that when God is at work the impossible will happen in His timing and that He will accomplish far more than what we can imagine—just like scripture says, God has prepared for us, things which eyes have not seen nor ears heard.”

For the next year things continued to fall into play.  “Every need the group had, God fulfilled,” Jamie said.   Their roles expanded as well.  During their earlier search, the one church that had asked them to lead an MC had provided training.  With the new North Expression in full swing, Jeff approached them again saying they needed an Edmonds MC and would they consider it?

Jake recalled, “We felt the pull and although I didn’t think I was completely prepared to lead an MC, I did believe God would provide us direction.”

The North Expression is a little over a year old now hosting a 9 a.m. Sunday worship gathering in Shoreline along with two Edmonds MCs—one hosted by Jake and Jamie on Wednesday nights and another led by Pastor Jeff on Thursday nights.