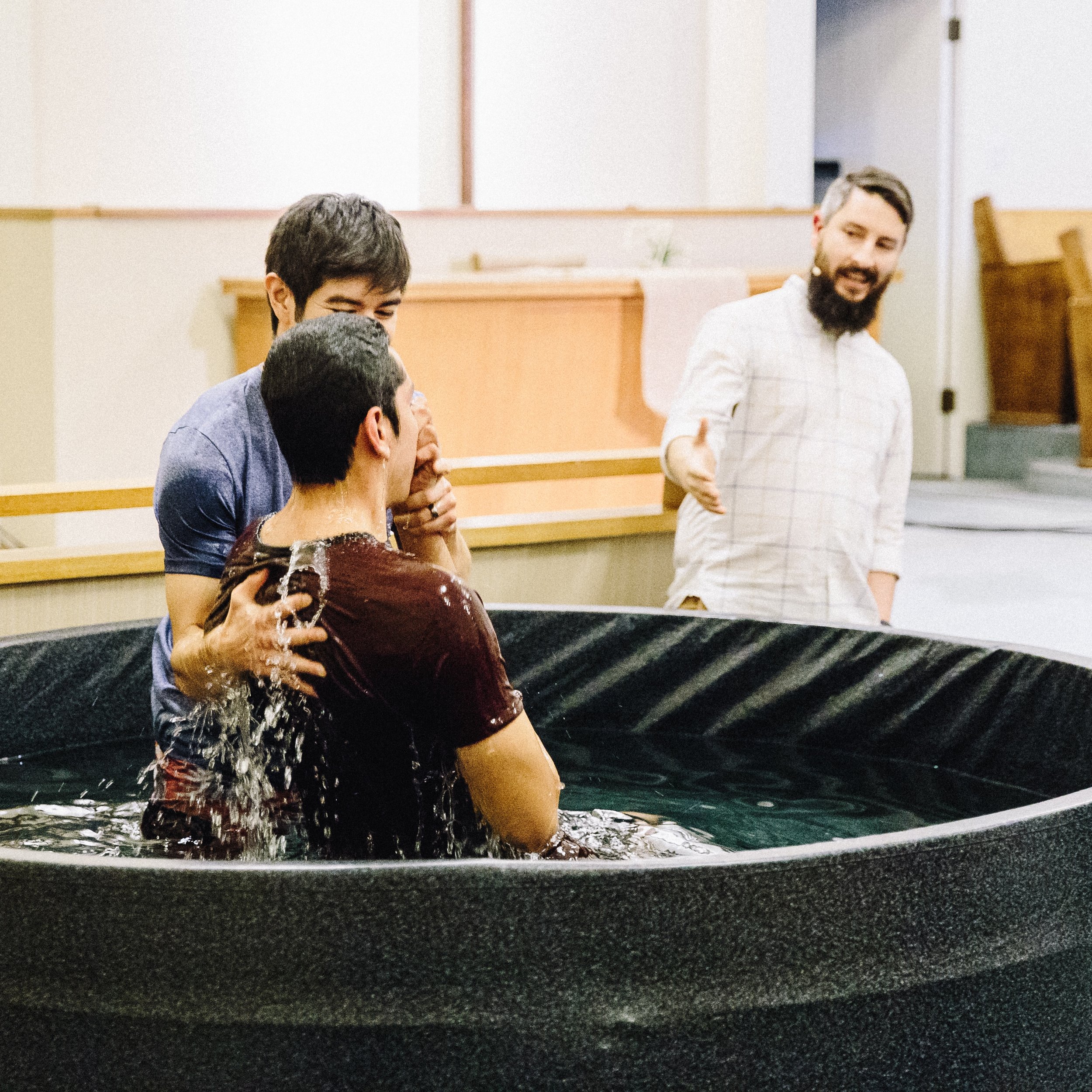 Pictured above: Andrei being baptized by his Missional Community leader, Andy.

We love celebrating baptism in The Hallows Church! Each time we do so, we declare that salvation comes by grace through faith in the life, death and resurrection of Christ. On October 23rd, our faith family celebrated that reality manifested in the life of our friend, Andrei.

Andrei grew up in a Christian home going to church on Sundays, but as a child he never really understood what it all meant; he just followed the crowd. When he started middle school he began to separate himself from the church and anything related to God. Eventually he grew up resenting and mocking Christians, becoming self-centered and self-serving–and as a consequence he became alone and suffered. But in time, he began to re-engage in Christian communities and to question what his purpose in life was, as well as what it meant to be a Christian.

Eventually Andrei participated in a mission trip in college, and while he did not witness overt signs and wonders (like he was trying to bargain with God to experience)—he did come to realize there is grace and love, even through suffering. This paved the way to the next solidifying moment in Andrei’s story of turning to God. In a worship gathering shortly after, Andrei realized that, “I was loved, I didn’t have to bargain with God for salvation because I had nothing to offer and because Jesus died for my sins. I just had to surrender myself. It’s crazy, I know. And ever since, I devoted my life to pursue Christ, obey his word and be in community; to love and serve one another.”

So, a few Sundays ago, Andrei was baptized by his missional community leader, Andy, as a public declaration of the inward work God had done in his life. As a result of Andrei’s humbling responding to Jesus’ call to be publicly baptized, we will be celebrating another baptism gathering this Sunday…. more on that story this Sunday night and in next week’s e-newsletter spotlight!