God At Work: The Power of Prayer and Reading Scripture 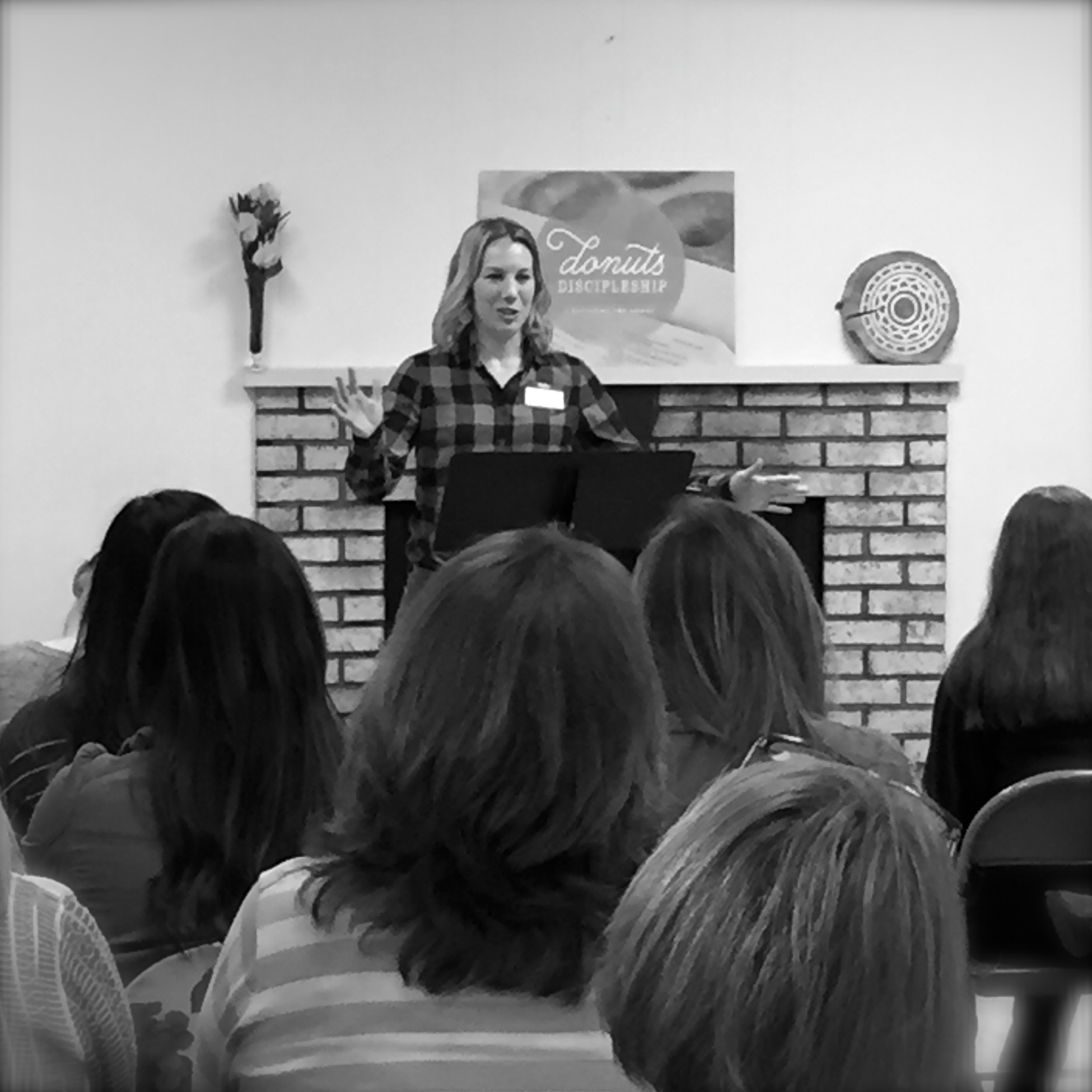 Casey Moore teaching on the power of prayer and praying scripture at October’s Donuts and Discipleship women’s discipleship gathering.

Casey Moore (The Hallows Church Fremont Expression) and Erin Bishop (The Hallows Church West Seattle Expression) taught on the purpose, power and practice of prayer during our large group portion of October’s Donuts and Discipleship. Below is Casey’s manuscript which entails her powerful testimony and insight into the power of prayer – particularly praying Scripture.

On March 30th of this year I had my third child and first son, Levi. One month later on April 30th he had a seizure at our house, and we rushed him to Seattle Children’s Hospital where we found out a blood vessel in his brain had burst– he was bleeding. We spent 10 days in the NICU stabilizing him and then two more weeks at the hospital in a floor room waiting and watching.

After a good MRI we were sent home with instructions on signs to look for that would require us bringing him back. Even though we still don’t know the cause and he has many unknowns, MRIs, and doctor appointments in his future, he is six months old now and doing well at home. But I am forever changed for the better by the truths God revealed during that time in the hospital and ongoing: how God showed himself as the Loving and Merciful Father and how active and alive he was in His people. The most vital part of it all was going to a place of surrender. Praying not to force God’s hand but acknowledging utter dependence and resting in a place of “it is well with my soul.” Though it was a nightmare, there was so much grace given by the Giver through answered prayers and surprising comfort while we coped.

Many of my prayers during our hospital stay and thereafter were simply “heal him,” “no more bleeds,” “no seizures,” “hold Him,I can’t,” “take this from us,” “I don’t know what to pray Lord so just take all the unspoken burdens and anxiety that you know I have,” “a good MRI please.” I felt like I was in a constant state of requesting mercy and grace to God anytime I wasn’t asleep. But I also needed my mind renewed. Sometimes when making request-only prayers, my mind would wander to the what-if scenarios or dark places. Ironically (or not-so-ironically because God was probably preparing me), I had just finishing studying the book of Job. The week prior to Levi’s brain bleed I continued to the next book after Job- Psalms. So in the hospital I just picked up there.

During our hospital stay I was prompted to read and ended up praying the Psalms by the Holy Spirit. But after having time to reflect, I wanted to share the importance of praying scripture specifically.

There is so much more to cover with prayer but I don’t want to miss the opportunity to emphasize the power of prayer. Yes, I was texting and asking anyone who would listen to pray for Levi. At first I said “all I can do is advocate prayers for him” but prayer is not the last action it is the first action on all occasions. I love how Ephesians 6:18 says, “Pray in the Spirit at all times and on every occasion. Stay alert and be persistent in your prayers for all believers everywhere.” What more can you do or give someone than to ask the Creator of life for help.

We were blown away by the people we knew and didn’t know who prayed for Levi and us. It was the most comforting act anyone did for us because scripture says God hears the prayers of the righteous.  (Proverbs 15:29) Meals, gift cards, child care and cleaning were SO appreciated but I felt most at ease knowing His people were beating down the gates of heaven on Levi’s behalf. With prayers, we weren’t trying to escape responsibility but respond to God’s ability. We all got to experience the healing of The Great Physician as prayers turned into praises and God was given glory. Sometimes it is hard to ask for prayer from others either do to pride or worrying about bothering someone. It too is biblical as we see Jesus praying for other people numerous times in scripture (Matt 19:13; John 17:9; Galatians 6:2) and as Romans 8:34 says, he is still continuously interceding on our behalf.

So I want to encourage you to actively pray scripture, to pray for others and to be vulnerable to ask for prayer. Prayer is too powerful to sideline even if the answer to our specific prayer request is sometimes no.  I didn’t have that last phrase at the end until I sent this talk to a good friend who doesn’t live here to proof my wording and check it against scripture. She is a believer and like many of us has experienced unanswered prayers or the answer was no. She rejoices with me as Levi is being healed, but it wasn’t that long ago I had mourned with her after she experienced the tragedy losing 2 daughters at 20 weeks pregnant.

It reminded me of 2 Samuel 12:15-23. King David’s son was sick and eventually died. Yet, he still remembered God is never changing, trustworthy, always good, and powerful even when we experience results of the fall. David fasted and prayed for his son as he should, but he is not healed. After his son died, David first went and worshiped before eating. The verses end with David telling his servants that he will see his son again in heaven. Then I am sitting here today praying David’s words. We may experience a healing miracle on earth as I witnessed with Levi this summer or we may not. This is okay because the Bible proves miracles alone never changes hearts but that is only done by the Word of God (Luke 16:27-31). Heck I was praying for good health for Levi since the day I found out I was pregnant so him having a hemorrhagic stroke was not the answer to that prayer request I wanted. But I know God is still faithful as answered prayer request for specific earthly circumstances never produces life giving joy. Healing miracles show God’s power but he is not any less powerful when it doesn’t go our way because His character doesn’t change. What we can be assured about though is that if we pray scripture God hears us, and we can ask and will receive anything according to His will (don’t forget His will is His Word not your wishes).  Look at John 15:7 which says, ‘If you abide in me, and my words abide in you, ask whatever you wish and it will be done for you.” See how John emphasizes the Word of God and prayer going together? We can follow the early Christians’ example, and we cab ask God to empower us in our circumstances to accomplish what He has already determined.