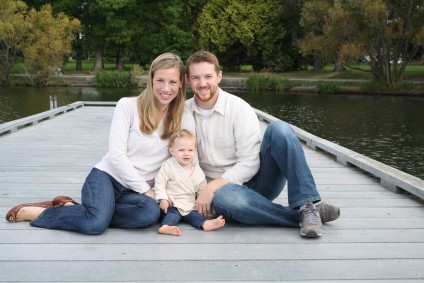 The Hallows Church community had the privilege of affirming Wes Moore as the Pastor of Missional Ministry on Sunday, September 23, 2012. As such, Wes will provide strategic oversight in helping us magnify and multiply the gospel througout the city of Seattle. In addition to fulfilling the role and responsibilities of an elder (1 Timothy 3:1-7; Titus 1:7-9), Wes will give strategic leadership to our Missional Communities, exercise oversight for various short-term mission teams coming to serve with us in Seattle, and  provide direction for local community engagement.

Wes and Casey have been married since July of 2008. They welcomed their daughter, Leighton, into the world on May 24, 2011. Wes and Casey were first drawn to Seattle while attending The Church at Brook Hills where they were introduced to Andrew and Kim. They began attending launch team meetings and after much prayer and conversation they soon decided to relocate their lives to Seattle. They arrived in October of 2011 to be apart of all that Jesus is doing with The Hallows Church.

Wes earned his Masters of Divinity from The Southern Baptist Theological Seminary.